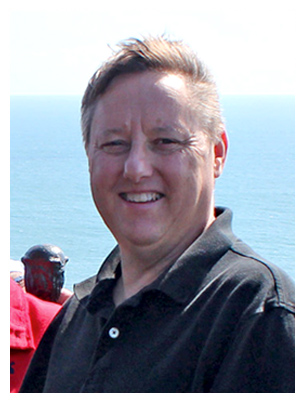 The Outer Banks National Scenic Byway stretches the length of North Carolina’s 200-mile barrier islands. The unique maritime culture shared by the 21 coastal villages led to the road’s designation as a National Scenic Byway in 2009. The route is entered from the north at Whalebone Junction in Nags Head, North Carolina, and from the south at the North River Bridge on US 70East, just past Beaufort, North Carolina. Encompassing 142.5 driving miles, six and a half hours of travel time, and two ferries, the byway traverses Hatteras Island, Ocracoke, and Down East in Dare County and Hyde and Carteret Counties. Join author Doug Stover for the story of a scenic road and an exploration of the region’s rich maritime history, culture, and traditions.

The presentation is part of the museum’s 2022 Salty Dawgs Speaker Series, which features 23 presenters on North Carolina maritime history and culture. These talks are scheduled at 11 a.m. on Tuesdays from May through September at 11 a.m. They run 30-45 minutes. The public is invited, and reservations are not necessary. Call 252-986-0723 for more information.

About the speaker: Doug Stover is a native of Cohasset, Massachusetts and 20-year resident of Nags Head, North Carolina. He began his career with the U.S. Department of the Interior/National Park Service in 1981 and held a variety of positions with the National Park Service. He served in the position of Cultural Resources Manager/Historian at the Outer Banks Group, which includes the unit of Cape Hatteras National Seashore, Wright Brothers National Memorial. and Fort Raleigh National Historic Site. North Carolina. He is an active Scuba Diver documenting shipwrecks. Pre-retirement years he served as a Cultural Heritage Consultant to the United Nations on World Heritage Management Projects. His travels on projects have taking him to 72 countries and to all seven continents. Stover is the author of several books, Images of America, Cape Hatteras National Seashore, Outer Banks Scenic Byway. Wright Brothers National Memorial, and co-author of Cape Hatteras Lighthouse with Mary Ellen Riddle.