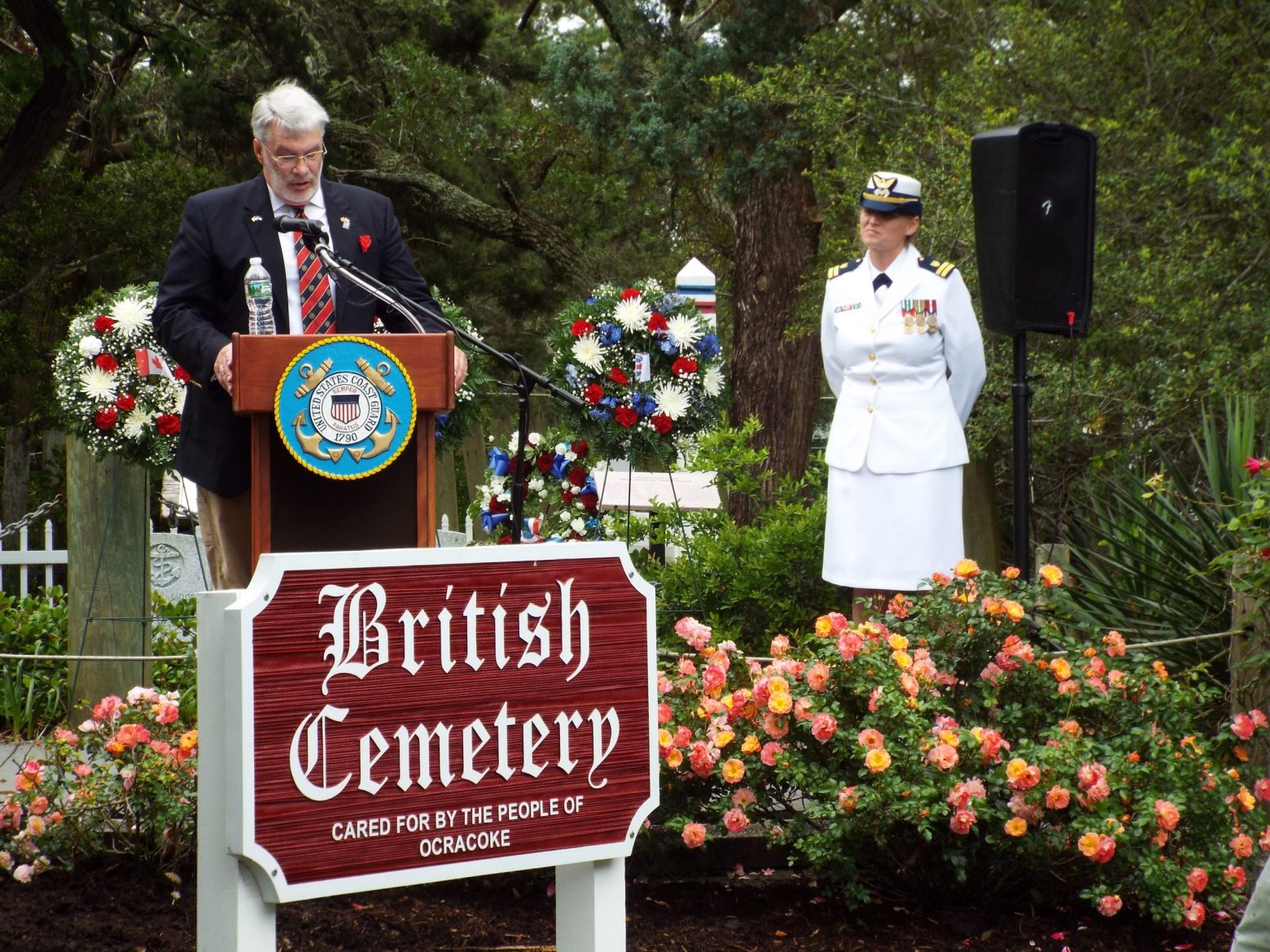 Posted at 10:55h in Graveyard of the Atlantic Updates by NCMM Hatteras Staff
0 Likes

HATTERAS — Protecting the coast of the United States during World War II came at the ultimate cost for 63 foreign sailors. Two upcoming ceremonies will honor that sacrifice.

This year marks the 80th anniversary of the loss of those men, who died nearly 4,000 miles away from home. Representatives of the U.S. Coast Guard and Coast Guard Auxiliary, U.S. Navy, British Royal Navy and National Park Service will come together with visitors and residents at British gravesites on Hatteras and Ocracoke islands to pay their respects. The first ceremony will be held in Buxton on May 12 starting at 11 a.m. and the second on Ocracoke the following day, May 13, also at 11. The public is invited to both.

The Buxton ceremony honors the service of the men who lost their lives in April 1942 when the British armed tanker San Delfino was sunk by the U-203 just off Pea Island. Two of the men are buried at the British Cemetery in Buxton: Fourth Engineer Officer Michael Cairns of the Royal Merchant Navy from the San Delfino and an unknown soldier.

The second ceremony is held at the Ocracoke British Cemetery on Ocracoke Island to pay tribute to the sailors from the HMS Bedfordshire, which was destroyed in May 1942 by German submarine U-558 near the island. The bodies of Sub-Lieutenant Cunningham and Ordinary Telegraphist Second Class Craig are buried at the Ocracoke site. Two bodies also were found in the ocean north of Ocracoke; and although never identified, they were assumed to have come from the Bedfordshire and were interred alongside their shipmates in what would become the Ocracoke British Cemetery.

For more information on the ceremonies, call 252-986-0721 or visit graveyardoftheatlantic.com.