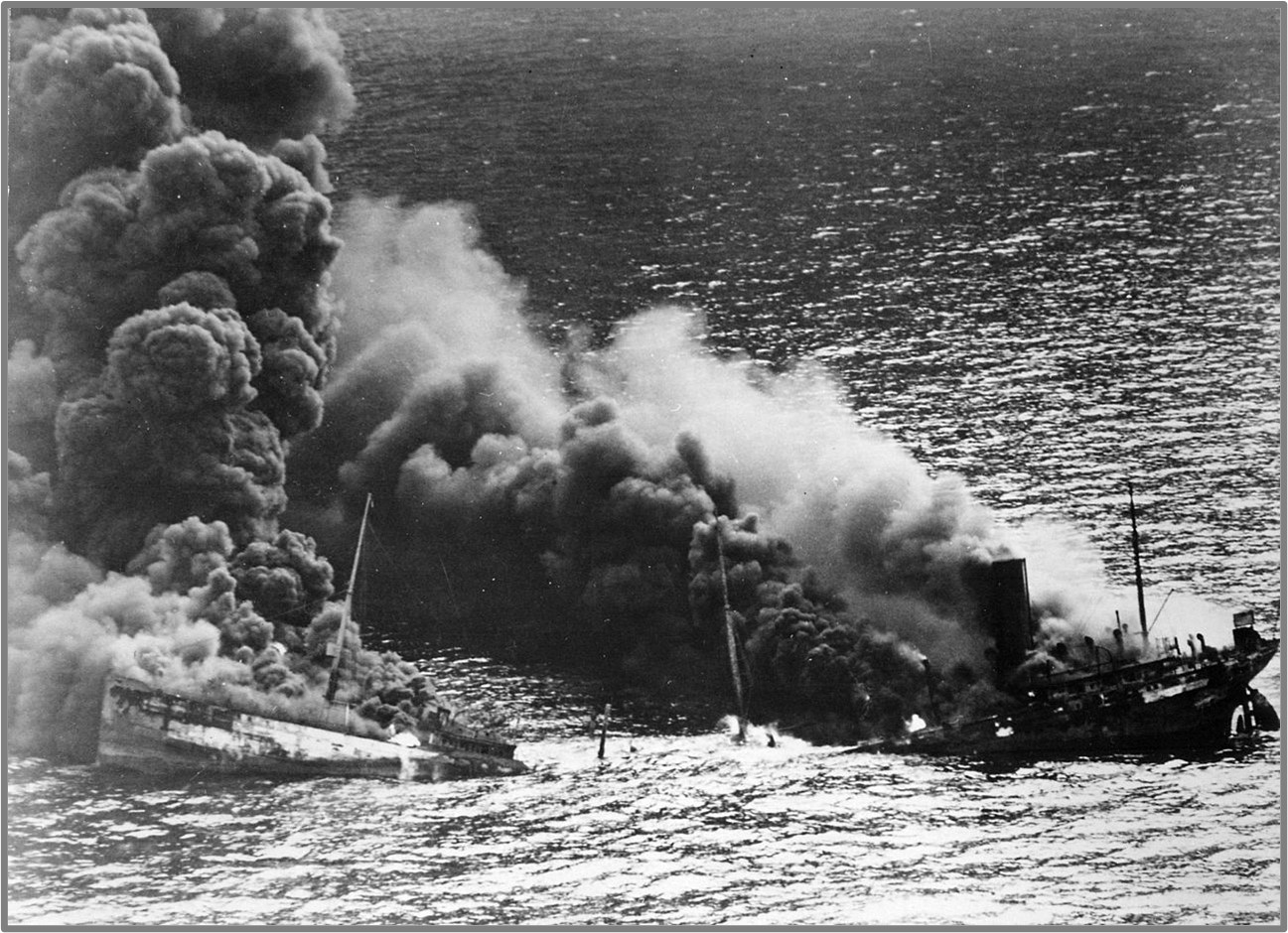 DID YOU KNOW that 86 Allied vessels and four U-boats were lost off the Outer Banks during World War II?

The Battle of the Atlantic

The United States entered World War II in December 1941. Germany at once dispatched available U-boats to North America’s eastern shore. Between January and June 1942, they sank more than sixty allied vessels with the loss of only three boats. Gradually, more efficient aircraft and an organized convoy system turned the tide, and the hunter became the hunted. Many older residents of the Outer Banks vividly recount memories of glass-shattering explosions, flaming ships illuminating the night sky, and the discovery of victims on the beaches the following morning. Nearly 5,000 Allied servicemembers, merchant marines, and civilians died in what U-boat crews nicknamed the “Great American Turkey Shoot.” Overall, 86 Allied vessels were sunk as well as four U-boats during World War II.

On the night of April 14, 1942, U.S.S. Roper detected U-85 running on the surface within sight of Bodie Island Light. Roper opened fire and scored a hit that pierced the

submarine’s pressure hull just aft of conning tower. The Uboat’s crew abandoned ship, but Roper believed it had made another sonar contact and dropped depth charges to ensure the submarine was sunk, killing all those in the water. U-85 was the first enemy submarine sunk by a US Navy warship and the first sunk in U.S. waters during World War II.