Posted at 18:07h in Graveyard of the Atlantic Updates by katelyn
0 Likes 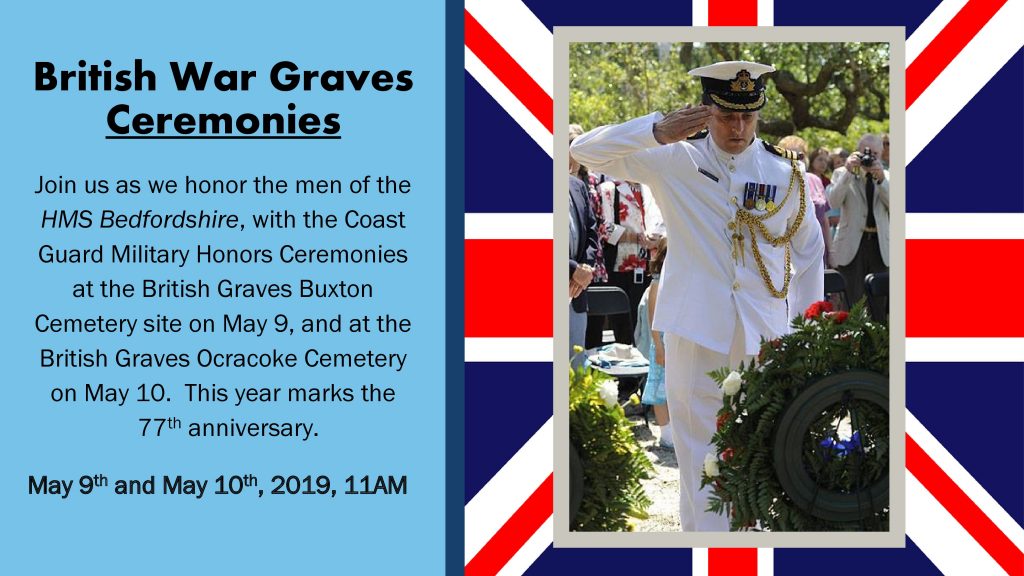 Graveyard of the Atlantic Museum Presents…

For 77 years, near the anniversary of the HMT Bedfordshire’s sinking, members of the National Park Service, U.S. Coast Guard, and British Royal Navy join visitors and local citizens to honor the service of the men buried in the two cemeteries. Two ceremonies will be held to honor their sacrifices. For more information contact Josh @ 252-986-0721.